A few days ago scientists who searched in the urban area and the surroundings uncontaminated areas found a bunker from the nuclear war which happened over 50 years ago. They know it was a military bunker and so they quickly found weapons from the war.
These weapons are know sold to people which are interested in old weapons.
Because of the massive solds there are robbers coming and stealing the shop while the police is making use of the weapons. Besides the shop the old military accommodations getting sold and many people battle to this.
To sum all this up:
What? Bunker with shop and apartments (Price: 3500$)
When? Now!

Where? Find the place 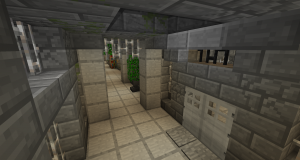