scared face Where is the magician? I’m sure he was here yesterday!
… Didn’t you hear that he has moved? I also have no idea where he is. 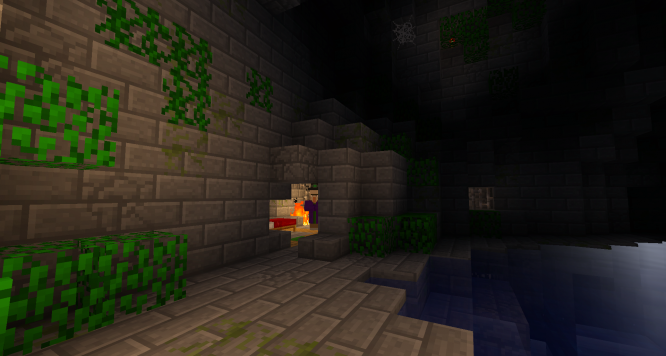 The questions, why and especially where the magician has moved, are justified! After all the magician makes something special out of normal things.
But lets return to the question:
After long time of thinking, the magician decided to move to a more pleasant place. According to his information, his decision has been based on the constantly attacks of mobs and ongoing smell of wheet.

But where did he go?
Our secret informants searched a long time, until they found it. It’s an undiscovered cave which is unnoticedly connected with the canalization and where he has furnished his new home.
Someone who wants to visit him, must find him within the cave, because our informants didn’t left any detailed notes which describes where he is.
What? Magician has moved
Where? In a cave which is connected to the canalization